Promise....... a very beautiful word. On this special occasion of Promise Day, I invited a very esteemed identity to represent his views. He was actually very eager to represent his views on my blog ever since I met him last year on the same day. I told him that I would want to be honored on the next birthday of him and here the day has come. So, handsome boys and beautiful girls, first time, in front of you, exclusively on my blog,

Thanks Harsh. I actually asked him to write about me but he said many _people like to read autobiography. _So, here I am, with null experience in writing, gonna tell you who I am and what I feel.

First of all, I should tell you that I am bisexual, that is both noun and verb, and I'm proud of it. I don't think what other words would think about me. Actually there are many words who too are bisexual, for example act, joke and also sex.

I have many types, some of them are oath, vow, commitment. Honest people love to keep me. While the dishonest and bad people just break me. That hurts me a lot and also that person whom I was referred to.

You know, I am richly found in Bible, about 52 times. God has always made me to his people and always kept _me. _He is the only one who always kept me as well as maintained my worth. He has always been ensuring to people that I exist. Thanks God, for what you are giving me.

Some people wear promise rings. These rings signify either a commitment to a monogamous relationship or a pledge to refrain from sex until marriage. 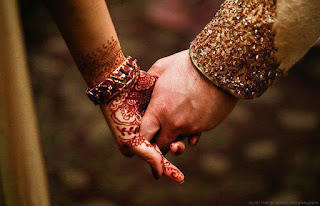 I am an open-source word. There is no restriction of my use in any form, with any material, any transport or publication method. I am accessible to any kind of people, in any kind of nation. There are many songs which use me in them. Some has even title on me like Backstreet Boys' song I promise you. But when I researched on these songs I found that no song is centralized on me rather they are about their love (mostly girls). _This quite hurts me, but it's okay because I'm very _generous.
_
_

When I asked my friend Harsh about me, he said 'S_ome people makes you in the morning and breaks in the evening. People promise to keep promise but they fail in both levels'. _Upon listening it, I got disturbed. The victims feel more pain than me when I am broken by their near ones. And I become so depressed and helpless not because I have been broken but the person's heart.

In this world of dishonesty, the only hope for good future assurance lies in keeping me. That's why I strongly advice you to not make _me _if you can't keep me. I'm not only in reference to others but also to one self. If you keep promise to yourself then you build self-confidence and a positive power to keep the future promises and to tackle the problems in the worst of the worst time.

I wish you people Happy Me _Day. And I give you _me that I will be with you always, cherishing you always with the power of love and belief.

*Thanks Mr. Promise. I will always keep you. Thanks to make your feelings the part of my blog. Please guide the people who do just the opposite of the popular saying *

*(If morning fogetter makes up in the evening, he is not called a forgetter) * 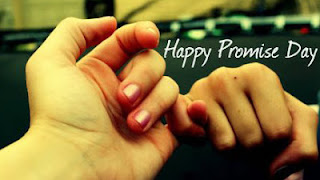