The love affair continued in Delhi at 91SpringBoard, Gurgaon on 5th July. Along with making some creative shots, the team had given me chance to speak as well.

What does the Fox say - that is a very cool song and it was played a lot of times in the event. You can watch it here - https://www.youtube.com/watch?v=jofNR_WkoCE

This time, I had some experience so decided to try some new things. We shot a time lapse of entering into the event and some others. I will update it as soon as it is published.

The event started with the Mozilla and Mozpacers introduction. I got to talk about the security and privacy features of Mozilla Firefox like Lightbeam, Firefox Hello and AdBlock Plus. Audience was good and the session got great. 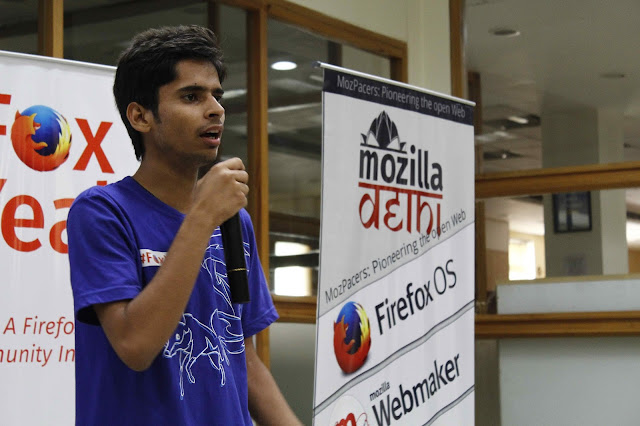 Me speaking at FoxYeah Delhi about Firefox Security and Privacy Features

There was a presentation by technical team too which gave insight about the Mozpacers current project and the technologies being used by it.

We even got a lil' Mozillian. 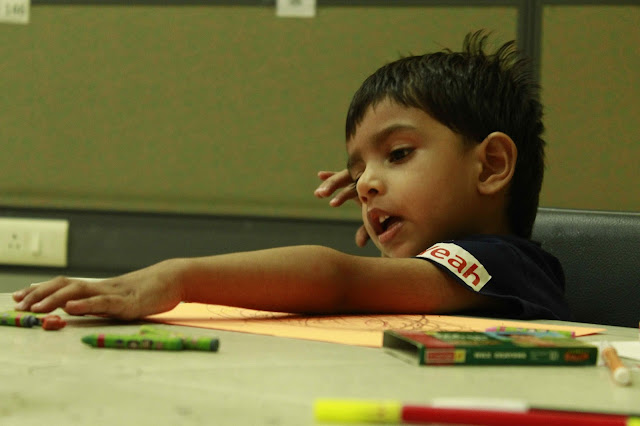 The refreshments were again awesome and the art session found artists in the people. There was no train to miss out this time so I was ready for the pizza after-party. In the meantime, waiting for the pizza, we played an old game of finding the criminal among the villagers and Doctors. It was a very fun day with the Mozillians.